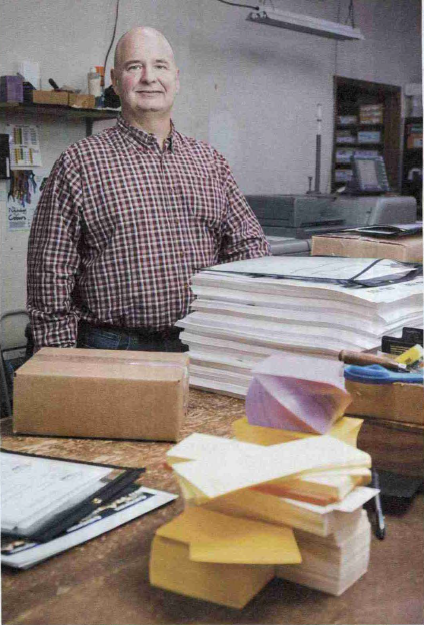 Tom Martin rebranded his print shop at 1404 S. Glenstone Ave. on Aug. 1, 2017, after 25 years as a Minuteman Press franchisee. Martin said his JT Martin Enter­prises LLC stayed in place as he changed his dba to Martin's Press LLC. He hired Nebraska-based PrinterPresence to build a new website and Signs Now Springfield for new signage, for a total investment of less than $7,000. The name change allows Martin to end an undisclosed monthly franchise fee based on sales. Martin's four employees provide digital and press printing such as letterhead, envelopes, numbered forms, post­ers, banners and bound booklets, as well as copying and layout de­sign. The shop has operated in the Glenstone Center at Bennett Street since its founding, he said. Martin, a Missouri State Univer­sity College of Business graduate, bought the Minuteman Press store in May 1992, with his father Ken Martin who died in 2013.