Get A Quote
File Upload
Portfolio

Chief Executive Officer since 2011, Mike Marcantonio became an investor in the company in 2000 with others on the management team. In 2006, he expanded his role by becoming Chief Strategy Officer. His entrepreneurial spirit and success-driven attitude has been instrumental in planning the future of the company and positioning it as a driving force in the marketing and visual communications industry today. He has spearheaded growth strategies through acquisitions and company restructuring, paving the way for progress. Marcantonio’s franchising experience began at Domino’s Pizza Inc. in Ann Arbor, Mich., where he served as Vice President of Tax.

Joe D’Aguanno was named Chief Technology Officer in 2013, with responsibilities spanning across the Marketing & Print Division, Sign & Graphics Division, Shared Services Division and Corporate Operations Division to leverage technology across business units, identifying best practices with new technology and applying them companywide. D’Aguanno is a long-time Allegra franchise member in the Detroit and Windsor, Ont., markets. Earlier in 2013, he was named Vice President of Technology and Digital Services for Allegra Corporate Operations. D’Aguanno has more than 25 years of experience in the print and graphics industry. He began his career as an entrepreneur in college when he founded a graphic design business. He became Director of Technology and a partner in the Windsor, Ont., and Clawson, Mich., Allegra centers in 1994.

Harry Silverman was named Chief Financial Advisor in 2009. His 30-plus years of experience in public accounting began at Grant Thornton International where he worked with several NYSE firms. Silverman joined Domino’s Pizza in 1985, leading several restructurings and recapitalizations, including the sale of the company to Bain Capital. In his role as Executive Vice President & CFO, he led Domino’s $1.1 billion recapitalization in 2003 and its Initial Public Offering in 2004. He serves as treasurer of the Cancer Support Community in Ann Arbor, Mich. 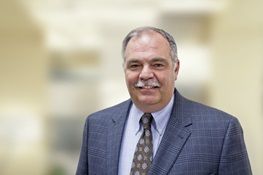 Ray Palmer was named President of the Sign & Graphics Division in 2012. Palmer provides executive oversight for all sign brands, which share very similar business models, though they remain separate companies with separate support staffs and programs. As president, CEO and co-founder of Palmer Vohrer Enterprises, Palmer has been a multi-unit Signs By Tomorrow franchise owner for more than 10 years. He served as a member and chairperson of Signs By Tomorrow’s Franchise Advisory Council, on which he played a key role in developing a national website for the firm and establishing an advertising fund for franchise members. Palmer holds both an undergraduate degree in electrical engineering and a master’s degree in business from Johns Hopkins University.

Laura Pierce-Marutz began her career at American Speedy Printing Centers in 1996. She was promoted to controller in 1997 and transitioned to Vice President and controller in 2004, overseeing the accounting, financial services, compliance and human resources departments. As Vice President, she maintains responsibility for all internal financial statements. Previously, Pierce-Marutz worked for EDS and James Communications.